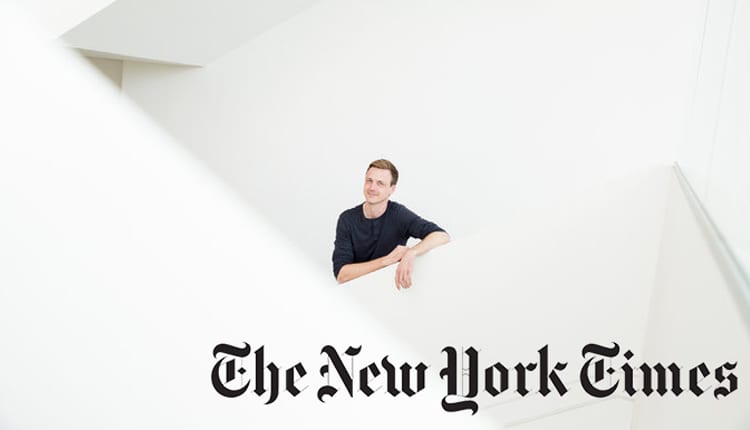 For the last year, Google’s work force has increasingly been under attack from a herd of unicorns.

The unicorns, a class of hot start-ups valued at $1 billion or more, are all aggressively pursuing the best and brightest minds in Silicon Valley with promises of talked-about workplaces and eye-popping payouts. Amid a general scramble for talent, Google, the Internet search company, has undergone specific raids from unicorns for engineers who specialize in crucial technologies like mapping.

In particular, Uber — the largest unicorn, with a valuation of more than $50 billion — has plundered Google’s mapping unit over the last 12 months, aiming to bolster its own map research. Airbnb, the popular short-term rental start-up, has gone on a more general hiring spree, poaching more than 100 workers.

The recruiting is not confined to the best engineers; sometimes it spills over to nontechnical employees too. Two of the chefs who prepared meals for Googlers, Alvin San and Rafael Monfort, have been hired away by Uber and Airbnb in the last 18 months.

“It’s an employee’s market right now,” said Rodrigo Ipince, 28, a software engineer who recently left Google and was pursued by unicorns, but chose to join a mobile gaming video start-up, Kamcord. Mr. Ipince, who worked at Google for five years, said he received at least one to two emails from recruiters daily, asking if he was eager for a new job.

“It was fairly easy to get my foot in the door of whatever company I want,” he added.

Recruiting battles are a perennial tale in Silicon Valley, where technology companies wage war on one another for top prospects by doling out six-figure salaries and generous stock packages as if they were Halloween candy. The difference now is the scale of the talent clashes, with a large and growing number of young companies jumping into the fight, boasting fat war chests and claiming $1 billion-plus valuations.

There are now more than 124 unicorn companies, according to CB Insights, a research firm that tracks start-ups.

The competition is recognized at the very top. Amazon’s chief executive, Jeff Bezos, in a memo written over the weekend in response to a New York Times article about the company’s workplace, referred to a “highly competitive tech hiring market” and how his employees “are recruited every day by other world-class companies.” He was not specific about which companies were after Amazon workers.

While the unicorns typically pick off small groups of engineers at a time, making little impression on a large company’s total employee numbers, the poaching attacks are often aimed at siphoning off the best talent in strategic technologies. That can sting the likes of a Google, where executives have said one skilled engineer can be worth many times the average.

To snag employees from large rivals, unicorns have a simple recruiting pitch: They are on a path to success, as illustrated by their rising valuations. Many offer generous equity packages of restricted stock units that can later translate to big paydays for employees if the unicorn goes public or is sold — a lure that neither Google nor any other public tech company can dangle. Also, the unicorns say they are far more fleet-footed and cutting-edge than large organizations.

“The things that excite young tech workers are high growth and fast execution,” said Dave Carvajal, founder of Dave Partners, a tech recruiting company. “It’s not that tough for the new unicorns to swing by these big, older tech companies and pick up busloads of talent.”

Mike Curtis, vice president for engineering at Airbnb, which has a $24 billion valuation, said new hires were drawn to the youth of the company, which was founded in 2008. Airbnb, based in San Francisco, has doubled its work force over the last year, now employing about 2,000 people globally.

“These people think quite a bit about what our future growth potential is, what kind of impact we will have on the world, and, yes, what that would mean in terms of their equity,” Mr. Curtis said in an interview.

Apart from Google, the onetime Internet darlings Yelp and Twitter have become prime poaching targets, especially as their share prices have plummeted, reducing their employees’ potential for big gains from equity compensation. Over the last 18 months, Yelp’s stock price has fallen 73 percent from its peak, while Twitter shares are trading near a low.

Yelp’s chief operating officer, Geoff Donaker, acknowledged the unicorn poaching phenomenon in a conference call with analysts last month after the company reported disappointing earnings. About what he called “the unicorn bubble question,” Mr. Donaker said, “We are certainly feeling those impacts.”

The company said that it was having to spend more to hire sales representatives, and that recruiting was not happening as fast as Yelp would like because of the competitive environment.

“We will do what we can to hold the dam on that whole thing and ride it out,” Mr. Donaker added.

Representatives of Twitter and Yelp said their total employee numbers had risen on an annual basis.

“This competition for talent has a better chance at being solved if tech companies work together to increase the talent pool,” said Shannon Eis, a spokeswoman at Yelp. “We have to encourage students to train for careers in the fields that are growing our industry and our economy.”

Among the most aggressive unicorn recruiters is Uber, the ride-hailing company based in San Francisco, which has expanded operations to 59 countries. Uber promises a fast-paced work environment and “world changing” ambitions, according to multiple people who have been approached by the company or work for it. Uber has more than 3,500 employees, up from roughly 1,300 a year ago, not counting its so-called driver partners, who are contract workers.

Uber does not shy away from dangling generous compensation packages to important hires, especially in engineering. In the case of some highly sought-after engineers from Yelp last year, Uber offered millions of dollars in restricted stock units, according to two people with knowledge of the recruiting practices, who spoke on the condition of anonymity.

One of Uber’s prime picking grounds is Google. Uber has systematically hired Google’s experts in mapping technology, a crucial component of Uber’s plans to reduce its reliance on outside companies for mapping. In June, Uber hired Brian McClendon, a Google vice president for engineering who now leads Uber’s driverless car and robotics research center. Uber has also raided Google’s Geo unit, according to people close to the company, hiring at least a dozen mapping specialists over the last year.

Google is not letting its employees go without a fight. Offers from a short list of companies — including Uber, Airbnb, Pinterest and Palantir — will often produce counteroffers, according to two people with direct knowledge of the matter.

The most senior Google employees may get a one-on-one meeting with Larry Page, a Google co-founder, to try to persuade the executive to stay, according to one of these people. Google is often willing to go “over the top” to keep top talent, the two people said.

Now may be an especially opportune time for unicorns to pick off Google workers. The company is in the midst of restructuring into a holding company named Alphabet. That has raised questions as to how employees, and their pet projects, will be situated and funded under the new regime.

In addition, a nimble recruiter from a much-talked-out start-up can still move faster than even the most competitive companies like Google. And sometimes, moving fast enough is all it takes.

“In one case, I replied to a recruiter on Thursday. I was interviewing on-site by Saturday, and I had an offer by Monday,” said Mr. Ipince, the software engineer.