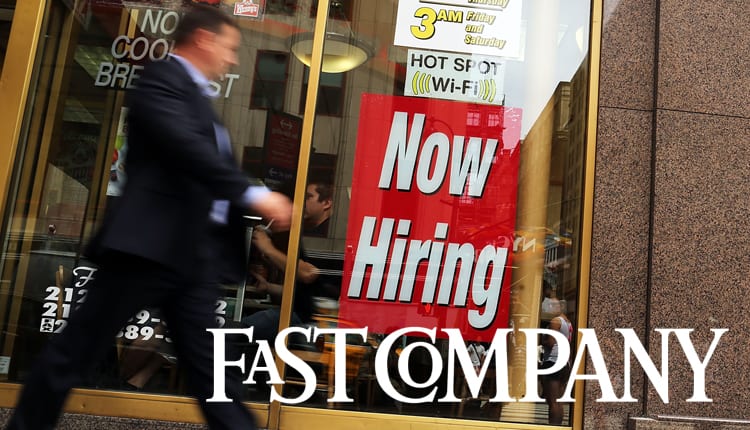 Although Gawker Media and Theranos operate in two very different industries, the online publisher and the health-tech startup have a couple of things in common. Both are embroiled in controversy, and both are trying to recruit new employees.

The background, in brief: Theranos is under both criminal and civil investigation, and federal regulators are deciding whether or not to revoke its California lab’s license and ban CEO Elizabeth Holmes from working in the industry for two years. Last week, the company made headlines for voiding two years of test results, prompting many industry experts to question whether the once-lauded unicorn had finally fallen.

Gawker’s posting online of wrestler Hulk Hogan’s sex tape led to a pricey privacy lawsuit. A judge ruled against Gawker and ordered the company to pay $140 million in damages. Behind the scenes, Silicon Valley billionaires Peter Thiel (backing Hogan) and Pierre Omidyar (in Gawker’s corner) are spending millionsduking it out to defend or deny freedom of speech (depending on whom you ask).

As of this writing, both companies are in hiring mode in spite of the scandals. Theranos is advertising open positions in every area of its organization, from corporate (72 jobs including both executive assistant and personal assistant to the CEO) to scientific (48 positions) and others. Gawker’s array encompasses a more modest 14 jobs, 10 of which are in editorial.

But when your company is in the news because of its struggles, how do you convince new hires that it’s a place to build their careers? We asked the experts.

Be honest about where you actually are, the problems that exist, and the media attention amplification.

Both Gawker and Theranos tout the strength of their place in their respective industries on their career pages. For its part, Theranos also uses phrases like, “Do work that will change the world,” and, “This is how you make history” to entice potential applicants. Gawker frontloads its page with its benefits (paid medical, 401(k)) and perks (weekly catered meals, awesome events, and fun people).

Neither makes mention of the recent crises on their websites. But for the recruiters and hiring managers working with potential candidates, Dave Carvajal, a veteran recruiter, CEO, and founder of Dave Partners, advises, “Embrace the struggle.” The way Carvajal sees it, times of trouble are a great opportunity for leaders to step up and shine. Should they prevail, he says, “Few things are more exciting than stories of the human will to struggle, aspire, work hard, and triumph against great odds.”

Carvajal believes that a company’s leaders should craft and amplify a narrative that addresses the problems. Then, he says, “Let the entire organization sing from the same hymnal and encourage the team to sing loudly.”

He recommends telling recruits the truth. “Be honest about where you actually are, the problems that exist, and the media attention amplification,” he says. Recruiting is about human relationships, Carvajal explains, pointing out that hiring managers shouldn’t be afraid to be vulnerable. “Emotions can be powerful allies in lifting our common humanity,” says Carvajal. “They build trust.”

June 2, 2016 Dave Partners Press
Dave PartnersHow To Hire When Your Company Is Embroiled In Controversy06.02.2016